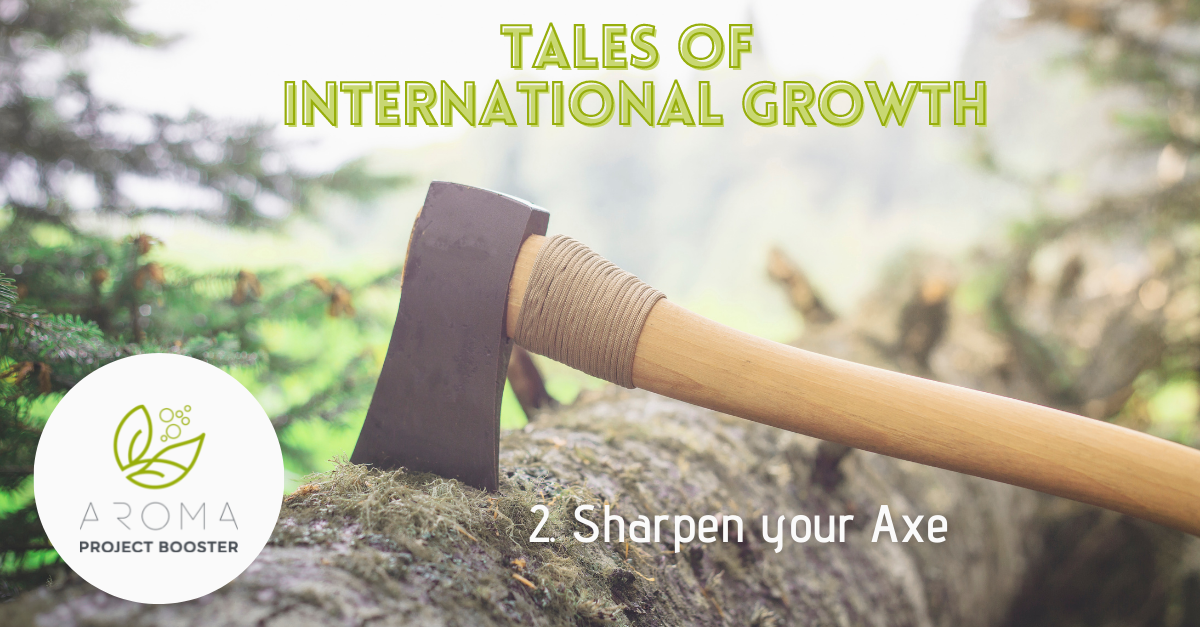 Once upon a time… Abraham Lincoln said : ‟Give me six hours to chop down a tree and I will spend the first four sharpening the axe. ”

In other words, preparation is key.

In January 2001 I had a life lesson about this essential principle. At that time I was sailing on the very best one-design boat you can dream of : Melges24. As its builder summarizes it perfectly in one sentence : ‟A simplistic, rocket-like approach to speed and world-class competition makes it the ultimate racer. ”

The World Championship was in Key West and I joined a Texan crew. My friends Franco Rossini, Flavio Favini and Tiziano Nava from BluMoon offered me to stay with them at the house they rented and I was lucky enough to witness – as an insider - how they became World Champions that year.

They decided buy a new Melges24 in the US that they would resell after the Championship. Once you said that, the work is only starting. Melges 24 is such a competitive class that of course you will need the best helmsman and the best tactician, of course you will need an outstanding crew executing every maneuver perfectly … but one essential key is how you optimize perfectly the boat settings initially… if you don’t, you will see your competition from behind.

Then we started racing and - as always in the Melges 24 Class - it was a fierce battle. Every race would challenge the ranking, reshuffle the cards and every second made a difference.

On penultimate evening, Blu Moon was heading for victory. There was one race remaining and on that last race they would just need to be in the top ten to win the gold, which they had consistently achieved during the week.

At 5pm, just after the sailing, a famous Rum company organized a beautiful and joyful event, call it rehydration party... All the crews were there, I spent time with my crew and with the usual European buddies, but after a while I realized I had not seen Flavio’s crew. I searched everywhere and started to worry there may be an issue at the boat. I went to the harbour and I will never forget the picture nor the lesson : the five of them walking on the pier, white with salt, sweating, hirsute, tired but smiling : Franco, Flavio, Tiziano, Federico, Serena… instead of going to a party and starting to celebrate the smell of victory, they had carefully dismounted all the chandlery, taken the mast down, checked every rigging, changed every piece that seemed eroded…they left nothing to chance.

The next morning they became World Champions.

At the closing party I remember a US challenger who came to congratulate them and was touching them, sort of trying to get the magic gold touch from them. But I knew as a witness from beginning to end that on top of their genuine talent, it was no magic, or at least not only magic…, as during two weeks, they had just been consistently and repeatedly sharpening their axe.

When you decide to go international with your business, it is a long and challenging journey because you decide to play world class. And it requires thinking and preparation to meet success on your target markets.
It is precious to have a flexible and expert resource for international business development who will help you to sharpen your axe.